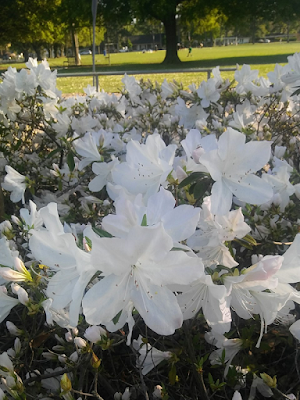 In one of entrances into city garden of Baton Rouge, LA, we will see white Azalea flowers.

February or March is blooming time for Azalea in our southern state areas. Our white azalea blooms in about 1 to 3 weeks only.

As suggested by David Beaulieu (2020, published in the Spruce), some long bloom periods flowers are: 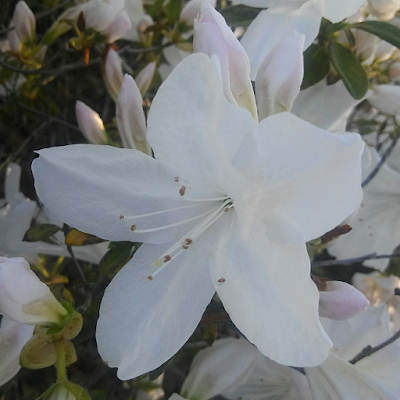 Actually, we have red azaleas in our backyard, and many of my neighbors have grows variety of Azalea.

At early stage, we just need little work such as:

- give cover during cold seasons.