Do You Know about Golden Kiwis Fruit? - Food 3 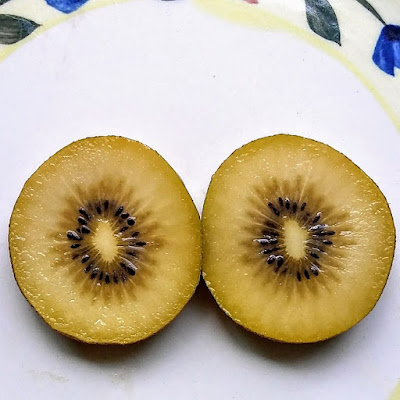 I familiar with green kiwi fruits for long time, but recently, I saw yellow or it is said as “golden” kiwis.

What make me to pay attention is about its skin. Compared to green kiwi, the golden ones have no hair, quite smooth.

When I bought it, few characteristics of the golden kiwi fruit are:

- Flesh is yellowish
- there are seeds, but not so many
- sweeter
- smaller core in the middle

Don’t worry so much, both green and golden kiwis are identical in respect to: 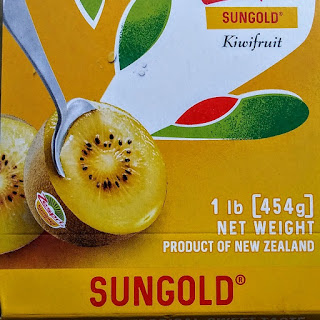 However, since golden kiwis are sweeter, thus, sugar content little bit higher compared to green ones. 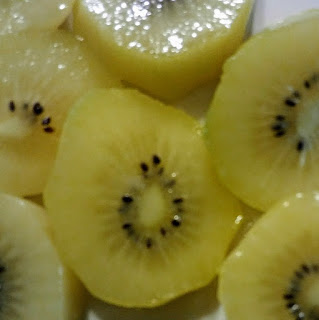 Both green and golden kiwis grow well in the New Zealand. Kiwis, we consumed here in the USA, come from this country.

It is said that both green and golden kiwis are non Genetically Modified Organism (GMO).

They are natural cross breeding. So, it is a great news.

Interestingly, I hardly find green kiwis in groceries such as Wall Mart and farmer market recently.

I wonder whether the golden overtaken the green kiwis. I eat both, actually.

If you ever taste, what do you prefer: green, golden or both kiwis?