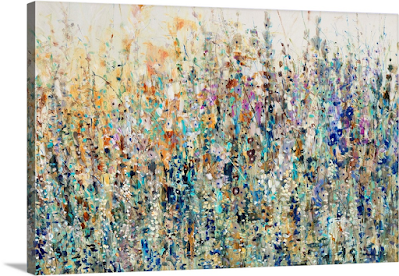 You may read the previous part (part 1):

Prodigy children had their own specific capability since they were born.

Each kid is different each other.

Even after sharpened by guidance, their artworks have their own unique identities.

However, Marla’s paintings are not the case. Marla art creations are consistent, and even static.

She does not have her own identity and tend to copy artworks of one of great artists such as Jackson Pollock.

We may observe the similarities between Marla Olmstead and Jackson Pollock’s paintings in term of: 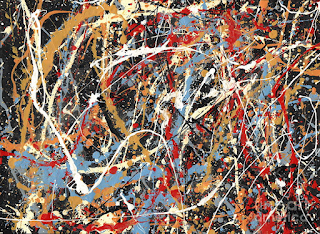 One of Jackson Pollock’s paintings.

Marla Olmstead painted on the selected high-quality canvass that is proposed for commercial market.

Hence, I agree with Dr. Ellen Winner, a professor of psychology at Boston College, who said, “I saw no evidence that Marla Olmstead was a child prodigy in painting. But she did see a coach who kept her going.”

Comparative of Marla’s painting and Pollock’s that both have similarities could be seen at figures (part 1 and part of this article).

Email ThisBlogThis!Share to TwitterShare to FacebookShare to Pinterest
Labels: Art